In 2019, Owens Corning launched Duration Flex shingles, an exclusive blend of SBS polymer modified asphalt.
These shingles were designed in such a way that they deliver improved flexibility and superior performance in harsh weather conditions. Just like other Owens Corning shingles, SureNail technology is still present, and with the combination of new flex technology, it provides even better strength against blow-offs.
Storm Group Roofing owner Dmitry Lipinskiy decided to test Owens Corning’s new shingle, looking to substantiate its claims of superior flexibility, durability and hail resistance.
Let’s take a look at each category to see how they stacked up.

The results were very different.

At every point, both shingles kept breaking when Dmitry tried to bend it.
Does this mean that the Flex failed?
Not at all.
No one expects any asphalt shingle to perform well during the winter, but there is a noteworthy takeaway: both tests were not scientific, and ergo it isn’t fair to compare products while they are in extremely cold conditions.
But since OC performed the test first, we wanted to point out that it can be misleading and send the wrong impression regarding how the new Owens Corning products work.

Duration Flex is one of the best asphalt shingles on the market, and the best product we have seen from Owens Corning. While it will break in extreme conditions, we believe it will perform better in colder temperatures and will have a lower temperature and flexibility threshold compared to most competitors’ products. 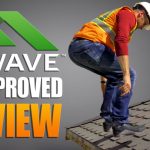